How to Purify Water in the Wild

04.How to Start a Fire in the Wild

Purifying drinking water is a top priority when in the wild.

In this chapter we’ll learn why water is so important, how much water we normally need in survival situations, and several different techniques for finding it.

We’ll also learn how to prepare it ready to drink. 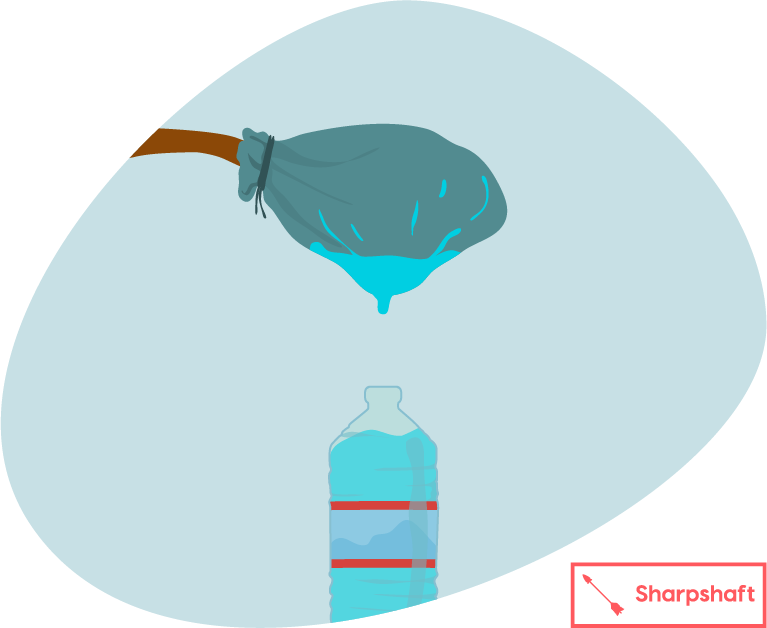 According to the World Health Organization, insufficient water and consuming contaminated water are the number one cause of ill health amongst ‘displaced populations,’ or in other words, people in survival situations.

So, how much water does a person actually need per day to survive?

As you can see from this table, finding a clean water source is essential for survival. A human being can survive around 100 hours without water before feeling secondary effects of dehydration, such as hallucinations.

Other than drinking water, it is also useful to have some extra water for cooking. Although now a luxury, it would also be a bonus to be able to tend to our basic hygiene needs.

So how can we find clean drinking water?

Your first option would be to try to find a clean water source. This could be a seep, a river, a lake, or similar. If you can’t see any immediately, cottonwood, sycamore, willow, and cattails are indicators of nearby water sources.

Once you do find a water source, head as far upstream as you can. The closer you are to the source, the less contaminated the water is likely to be.

Pro Tip 1: fast running water is better than a stagnant pool. Pro Tip 2: if there are no life sources nearby (animal prints, trees, fish, or algae), don’t drink it. If not even algae can survive in it, it isn’t safe to drink.

You may also be able to collect some water from morning dew. Take an early morning walk through some long grass with some absorbent cloth attached to your shins. You can ring the cloth out to drink the water.

You can use the transpiration technique to get water from a tree. Tie a plastic bag around one of the branches in the morning, and by the evening you’ll have drinkable water. Find a non-poisonous leafy green tree and pop a stone inside the bag. The water will gather at the low point. By making a small hole in the bag, you’ll be able to drink the water that has collected there.

You can also collect water directly from the tree. This technique is ‘tapping’ and requires nothing more than a knife and a container (or bark if you don’t have one). Find a stick and remove the bark from it. Cut it down the middle, and cut a small gorge in the middle so that the resin can flow down it. Then sharpen it so that it will stick in the tree.

For the tree part, start by removing any excess bark from the tree (close to the base). Next, you make a hole in the tree using your knife. The deeper the hole, the more resin you will get out. Twisting the knife around works well for this. Next, you put your stick, flat side down, into the tree and let the resin drop into your container. Trees that are especially useful for this technique are birch and maple.

Pro Tip: try to plug the hole when you’re finished as it is good for the tree.

If none of these options are available, our next go-to is to collect water from the rain. Rainwater is a perfect option because it is unlikely to carry bacteria. The first and most obvious option is to place all the containers you have out to catch the rain as it falls. To be more efficient, you can use a tarpaulin or other plastic sheet to collect the rain and funnel it into a container. Tie the corners of the plastic to some trees and use a stone to create a low point from which the water can drop.

Aside from rainfall, you can also find water in low areas where rain accumulates. This could be a tree crotch or a rock crevice. You can use an absorbent material, as you did with the dew above, to collect the water and wring it out to drink it.

Making a container from birch bark

If you don’t have a container, you can make one out of birch bark.

Sometimes there’ll be no rain available, but there will be snow. The first thing you must remember is that you always need to melt the snow. If you eat it cold, it requires a lot of energy to heat our bodies up again. So how do you do this?

The first and most obvious option would be with a small fire or similar. If you don’t have this option, you can use the heat of the sun with the snow inside some kind of container. Alternatively, you could also try to find snow that is already being melted by the sun and collect it. This usually happens on dark colored rocks.

If there is no water source available, another option is digging. In this video, you can see how he uses a big, flat rock to dig into a dry river bed looking for water. After finding damp sand, he then uses a stick to move the sand and his hand to take it out of the hole. After about half an hour digging he reaches water, and uses about an arm’s length of plastic tubing to suck the water out of the hole.

Now that you have found a water source, how can you make sure that it is safe for human consumption? In reality, none of the methods below are 100% safe. It may well be worth combining more than one to get the purest water possible. Either way, they are all a better alternative than suffering from severe dehydration.

If you can take some equipment with you when you leave, you could think about taking a steripen, bleach or iodine.

The steripen uses UV light to purify the water and make it safer to drink. You put it inside the water, turn it on, and stir for about a minute. The main limitation of this method is that you can only purify about a bottle of water at once. It’s still a fast way to get something to drink.

You also have the bleach option. Add about 5 drops per liter of water and leave for about an hour. Surprisingly, most of the living bacteria in the water will have been killed off by the bleach, and it is safe to drink. Remember to make sure your beach is free of perfumes, dyes, and other additives.

Using activated charcoal to purify water is a technique which is said to have been used in Japan since the C17th. Nutritionist Miguel Toribio-Mateas says that activated charcoal can be useful in purifying water as it removes harmful solvents, chlorines, and sediments, as well as making the water taste better. There is even evidence of it being able to help with some bloating. This charcoal is available in sticks that you pop into the water you want to purify. The longer you leave it in there, the more metals and toxins it is likely to adsorb. Between 24 and 48 hours seems to be a good start.

If you haven’t got this equipment, the safest way to remove harmful bacteria is…yep, you guessed it, boiling the water. It’s been used as a water purifying method for centuries and continues to be one of the most popular.

In an article on the importance of water purification, the United States Environmental Protection Agency advises us that we should bring the water to the boil and “keep it rolling for one minute to purify it.” We are also advised that “at altitudes above one mile/2,000 meters, you should increase the rolling time to three minutes”.

If your water is cloudy, filter it before starting the boiling purification process. Good options for filtering include something as simple as a T-shirt.

If you’re in a cold environment and can’t use your t-shirt, you can make a natural filter. You need moss, charcoal, sand and a plastic bottle. Start by cutting the bottom of the bottle off, making holes in the screw cap, and placing it upside down in a stand. Push about an inch of the moss hard into the bottle first, then the ground charcoal, then sand, then more charcoal. Alternate between these two materials until you are close to the top. Then add a final layer of coarse sand with small rocks in. Pour the water in slowly, and remember that the first and maybe even the second run-through will still be dirty.

If boiling water isn’t an option, but you do have pine trees near, you’re in luck because you can use a xylem filter. Researchers at MIT have discovered that by cutting off a small section of pine branch, removing the bark, and placing it inside a tube, they can create a filter. It works by allowing the water to pass through tiny membranes in the xylem tissues. This filter is capable of purifying 99.99% of bacteria (although not viruses as they are smaller) and several liters of water per day.

If you’re keen on a foolproof, high-tech solution, Sawyer offers an excellent mini-filter that weighs two ounces and will clean as much as 100,000 gallons of water, removing 99.99999% of all bacteria, such as salmonella, cholera and E.coli, removing 99.9999% of all protozoa (such as giardia and cryptosporidium), and removing 100% of microplastics:

Definitely a worthwhile addition to your travel pack.

Join our community of 2000+ keen hunters, Survivalists & campers for free and receive our best tips

How to Purify Water in the Wild

04.How to Start a Fire in the Wild

Water is available to those who know to look in the right places; however, you must learn to purify it before drinking.

In the next chapter, we’ll look at different methods to start a fire in the wild, as well as some excellent tips for challenging conditions, such as not having matches or starting one outside in the rain.